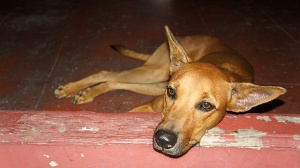 Today, I can’t work properly. I feel disorientated. I’m doleful. Why? It’s because I don’t have my computer. I have a computer; but it’s not my computer. (In case you’re wondering, I’m writing this on the fly, on my iPad, which has something of me in it).

In that possessiveness is revealed – unexpectedly and powerfully – the close relationship between myself and my laptop: how, over the course of a year or two, I have configured the various settings, passwords, bookmarks, cloud storage, and apps to help me do my job. This configuration has quietly and almost without me noticing produced a particular way of working with my materials: in the parlance of our time, this is my workflow.

In retrospect, I should have thought about this before I blithely sent my own dear laptop off to get repaired. Perhaps I could have transferred my desktop and settings to this new temporary alien laptop (now sitting unused beside me)? But what they say about hindsight is right. If nothing else, it’s revealed to me just how intimately my mental and physical schema was closely bound to this one, particularly configured, piece of technology. It did, indeed, have a lot of me in it.

When I’m not working or blogging on Defoe, I’m working on Bishop Richard Hurd, the clergyman and literary scholar (1720-1808). Currently I’ve being paying attention to his library. Built in the 1780s, Hurd’s library – both the book collection and the physical library itself – still exists at the old Bishopric palace of Hartlebury Castle. I’m not going to go into detail here, but suffice to say, it’s a wonder (check their website for more details).

Now I knew from previous visits that the collection contained ms correspondence, Hurd’s commonplace books, printed books he has annotated himself, works annotated by previous owners, as well as various material and written interventions by Richard Hurd Jr. (Hurd’s nephew, secretary, and erstwhile librarian). What I wanted to do is to try to get a sense of how such books and their annotations might relate to each other and how they relate to Hurd’s published output. Now the library has over 3,000 titles, of which quite a number are annotated, so I wanted to track such interactions with a case study of the relations between Hurd’s publication, Moral and Political Dialogues (1759), and the various works by Edward Hyde, Earl of Clarendon held in various editions in his library. But tracking – mapping – the complex relations between these books, their owners, and the annotations became almost impossible in traditional prose description; particularly as the annotations and the interactions were also time-sensitive. What I needed was a visual aid.

At about the same I came across the project Six Degrees of Francis Bacon (an inspired title for a project!) The striking way in which the project visually presented data to track a network of literary relationships was an inspiration. I didn’t have such resources at hand, so I opted for a quick and dirty option and tried out some free mind-mapping software. What I produced – for a paper for the Writers and their libraries conference – rendered rather nicely a set of relations between objects and annotations.

It’s quite striking. But I found that the mind-mapping tools I tried all depended upon a single (or a very limited number) of starting points from which sub-topics were then hierarchically related. As you can see, I ended up by having to put the rather vague and abstract phrase ‘Hurd and Clarendon’ as the epicentre of this series of interactions. Now I had a number of objects in my case study, none of which could be said to the origin of a subsequent series of relations. In fact that was the very problem I was trying to articulate: how can one envisage a variety of interactions between objects, the contexts of which are separated by time, but which came to occupy the same physical and chronological space?

Subsequently, I’ve started experimenting with a piece of software not out of beta yet but which looks fantastic and, more to the point, very easy to use. This is Scapple, designed by the producers of Scrivenor. Details at the literatureandlatte forum.

What striking is that because Scapple is designed to mimic the rather looser way people actually doodle ideas, it doesn’t require a single starting-point. For a project like mine where I needed to map interactions between objects that have more complex and non-hierarchical relationships, this was ideal. Although I haven’t yet played around with the aesthetic appearance, the tentative reconstruction I’ve begun already looks very different without a centre. At the moment I don’t know if this will ever get beyond a personal tool, but even if that’s all it does, it should enable me to better conceive and represent the idea I began with: a kind of dialogue or virtual conversation between authors and their annotations within a library.