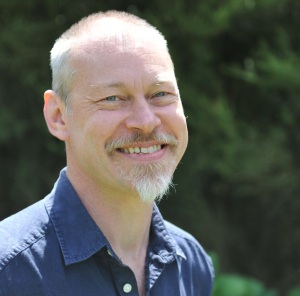 I’m Stephen H. Gregg, a senior lecturer in English Literature at Bath Spa University and specialise in eighteenth-century literature and the digital remediation of old books. I’m currently writing a minigraoh on Gale’s Eighteenth Century Collections Online. See here for my professional profile and contact details. You can also follow me on Twitter.

These posts are, as Montaigne would have it, essays in the sense of an exploration. There are a way of writing that allows a certain freedom to explore what interests me, think though ideas, and try out bite-sized readings in a mode that does not have the constraints of formal or definitive scholarship, but still has some pressure to produce ideas worth sharing. Both learning and research can be a solitary pursuit, but they are given meaning by being offered to a wider community.

I’ve called this blog ‘Manicule’ because it reminds me of the materiality of our connections with texts. Handling books, turning down the corner of a page, marking up passages, inserting sticky notes are all ways of reading, ordering and even sharing our interactions with texts. The pointing finger was a frequently used symbol of a reader’s annotation in Medieval and Renaissance manuscripts appearing in the margins to mark important passages or words. It would also start appearing in print: for you eighteenth-centuryists, Samuel Richardson’s Clarissa offers a wonderful fictional example, in which Lovelace uses the manicule to aggressively mark up a letter of Clarissa’s.

The blog’s title is also a pun on the other sense of the ‘digital’: the way information is processed in digital, as opposed to analog, technology. So it points to the other interest of mine, digital humanities, which for me also involves a variety of different ways of marking-up texts. 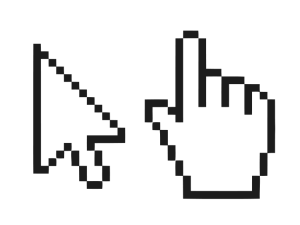 Of course, our relation to information in this way is not directly material, although it is significant that early graphic interfaces sought to replicate this material interaction with information by using the manicule (a pointing finger manipulated by the mouse). However, we tend to forget that our interaction with a computer is still physically mediated by our fingers

William Sherman’s Used Books: Marking Readers in Renaissance England (University of Pennsylvania Press, 2008), in his chapter on the manicule, quotes the 12thC Franciscan scholar Bartholomeus Anglicus as an epigraph:

For with him we grete, and shewe, and teche all thynges.

Greet, and show, and teach: I rather like that as a description of what this blog attempts.

[Blog header image: detail from ‘The Mouth of the River Fleet, as in 1725’. Via Wellcome Images.]